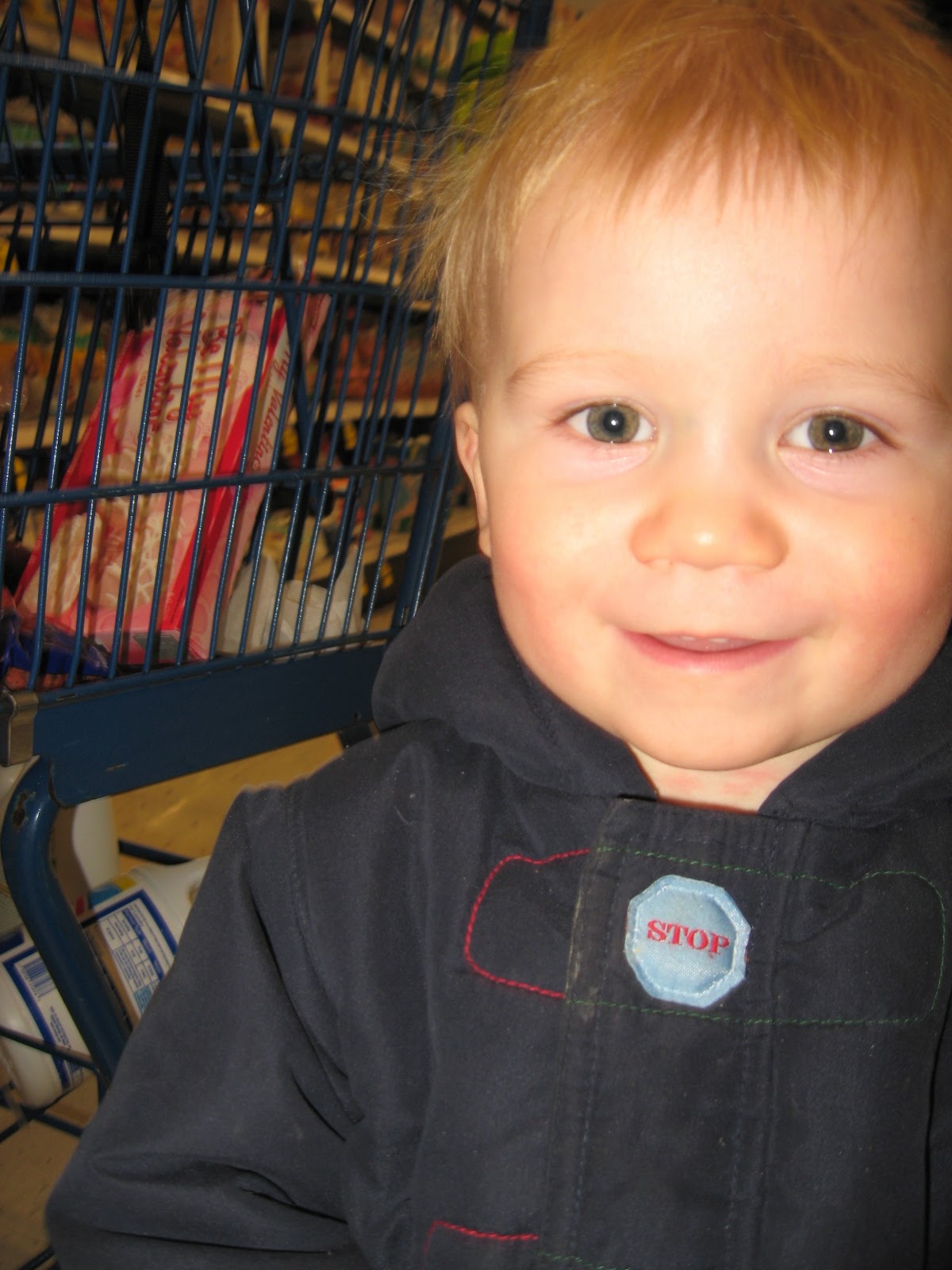 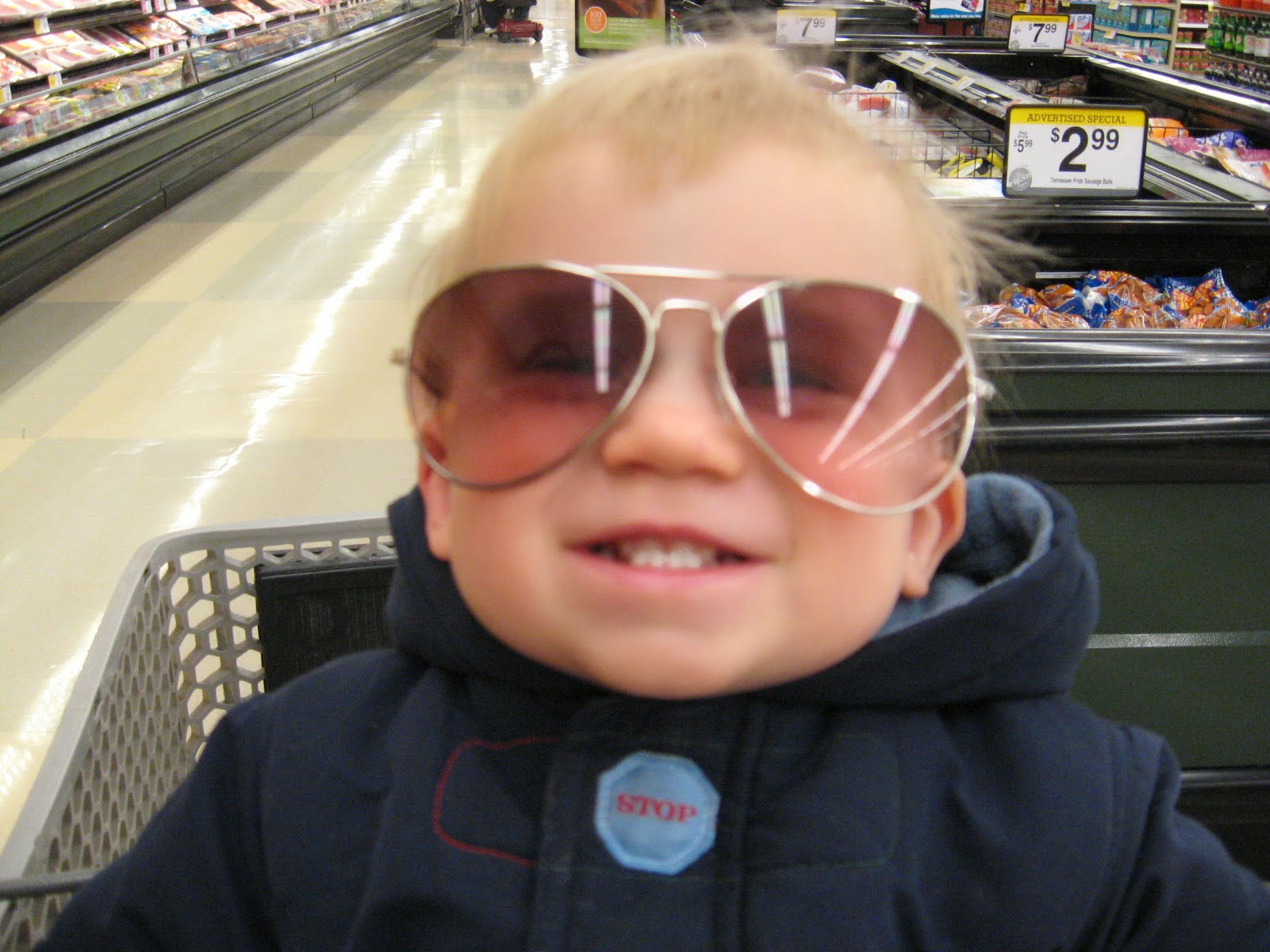 The story goes that my sister wanted to put her sunglasses on Mali and he didn't want to wear them.  She said his grandma (my mom) would take a picture of him with them on so he agreed to keep them on and he smiled.  Then he wanted to see the picture right away and was just thrilled!  Seriously, he's the cutest boy I've ever known, but I know I'm biased. 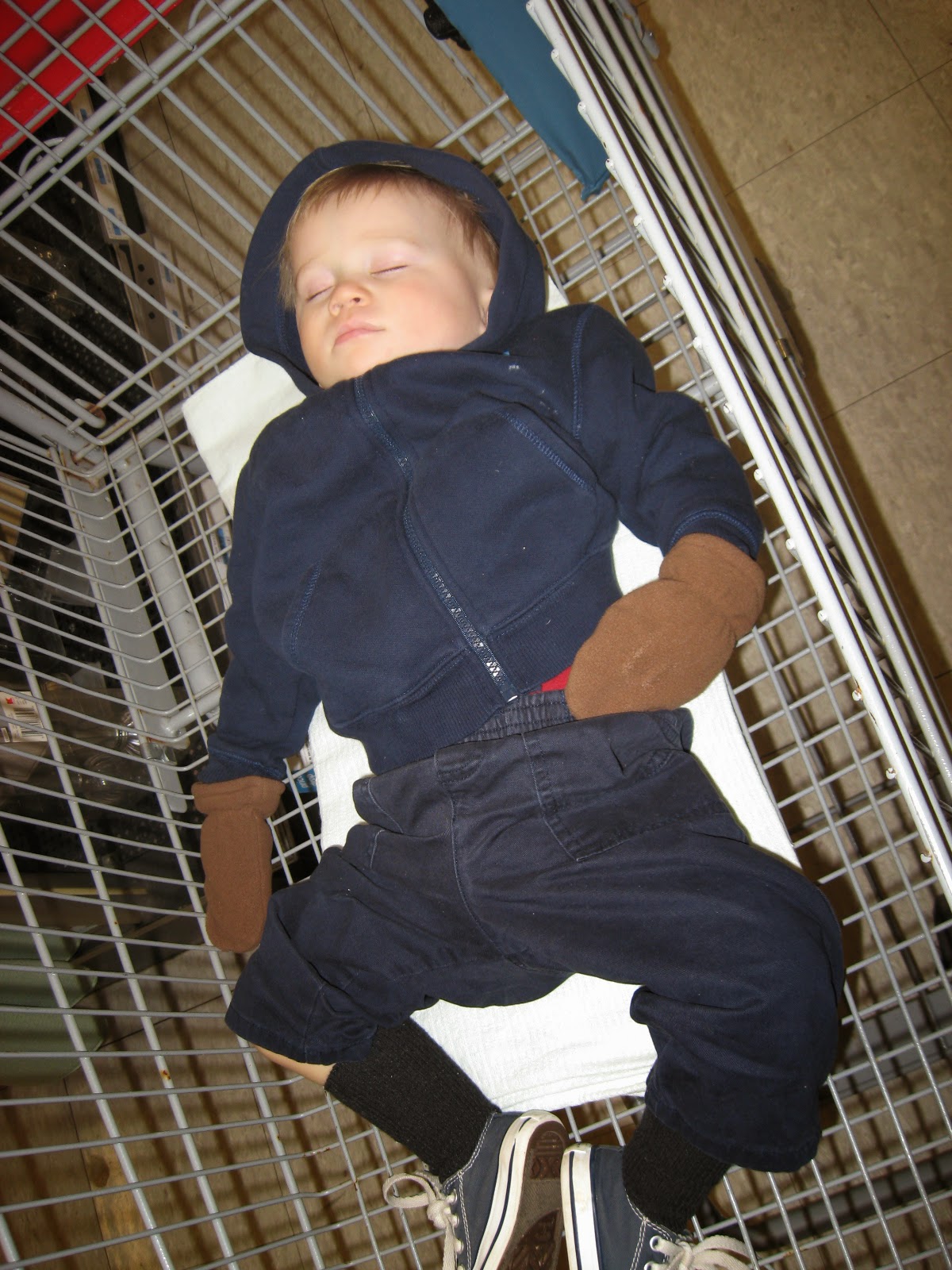 Mali often falls asleep in the car on the way to anywhere.  He fell asleep on this particular trip so my parents and sister transferred him to a grocery cart and he just stayed asleep as they wheeled around! 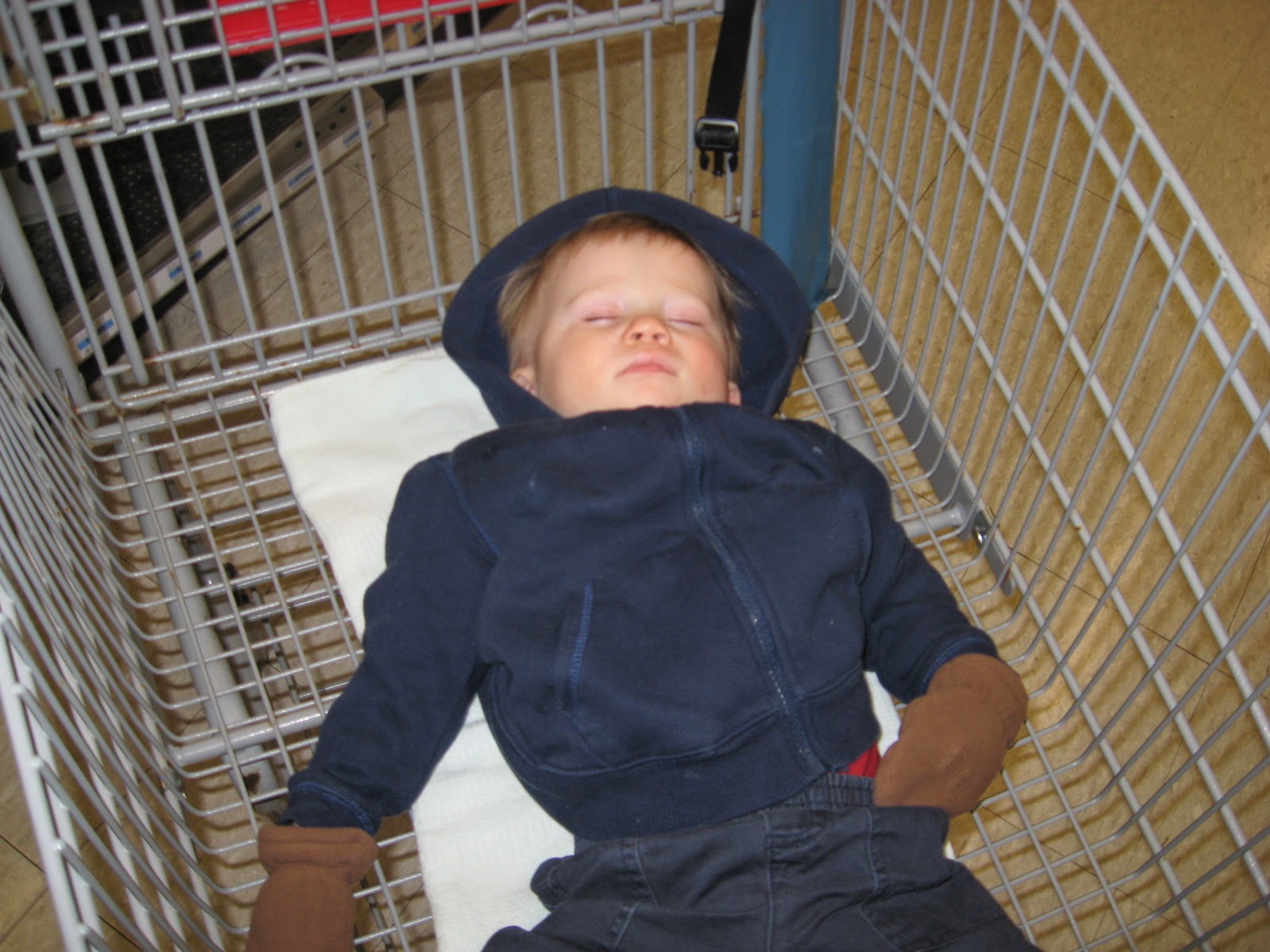 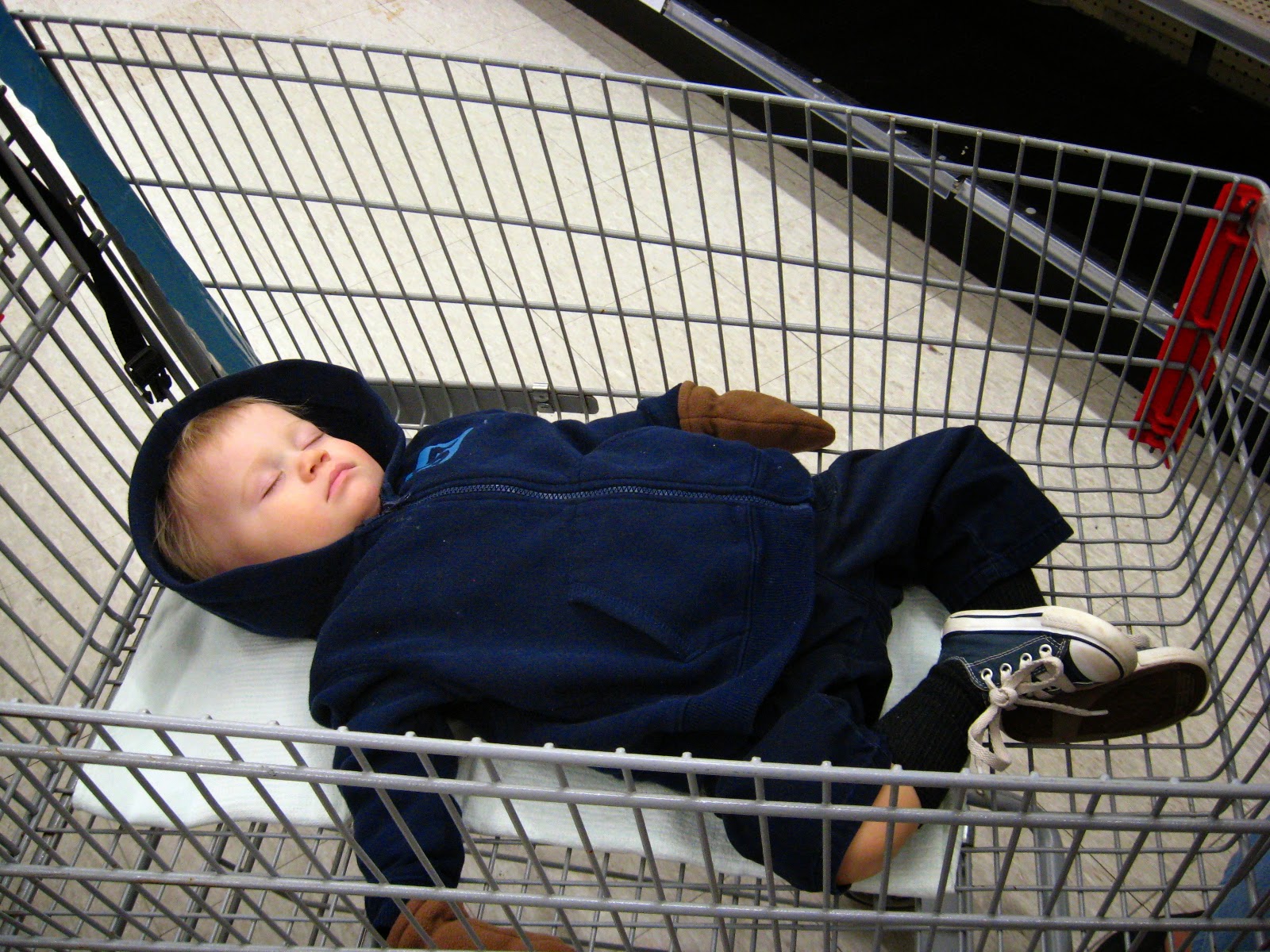 My sleepy little guy!
Posted by Natasha and Jesse at 12:34 AM