There was a fire in my sister's apartment this past Thursday.

She came home from work to a missed call from her manager and a friend from the YSA branch who heard about it on the news and had also called her.
She came and asked Jesse and I to go over with her and when we got there her manager was standing outside waiting for her.

All her belongings were covered in soot (the apartment was black) and smelled like smoke.
The apartment is unlivable now thanks to the damage from the smoke/soot and the front windows being knocked down by the firemen.
Thankfully she wasn't home when it happened.
It could have been way worse.

She has been staying with Jesse and I while things calm down
and she can decide what she wants to do.
I'm glad we live in the same town so she can stay with us during this time.
If you have a moment, include her in your prayers. They would be much appreciated.

***
On our second month anniversary we bought a kitchen-aid! An industrial size one! We received some money as a wedding gift, two gift cards, and had a coupon for the store.

We opened it this weekend! (I wanted to open it earlier, but our apartment is so little).

On Thursday we made chocolate sour cream bundt cake. It was so moist thanks to the sour cream.
(Doesn't saying it remind you of this? Bad quality, but you get the idea)

Then on Friday we made peach and raspberry crumble. Delicious as always!

And then last night we made white chocolate macadamia nut cookies.

We all thoroughly enjoyed them.

Over the holidays my mom and I went to the thrift store and she bought us some
adorable, adorable baby clothes. This was our first gift.
We received our second baby gift this weekend.
A friend of mine is due with her baby (girl) around the beginning of February and she had an extra baby thermometer which she gifted to us.

I have another doctor's appointment at the end of next week. We can find out the sex of our baby in about 5 weeks!

My mom sent me this video which might be helpful for my friends who are having babies.

So interesting. After watching it I could definitely remember babies crying like that. I'm excited to put this to use once our little one comes.
Posted by Natasha and Jesse at 1:15 PM 2 comments: Links to this post

Thank you all for your comments on the last post!
(Long post...fair warning).

(Did you read about our secret?) 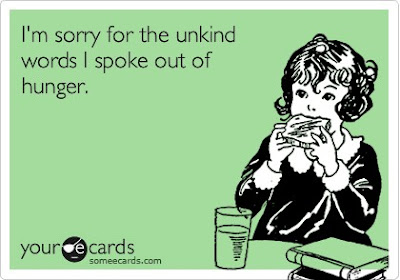 Since I've been pregnant some people have asked me how I've felt and my response is:
"Mostly I just feel hungry and nauseous at the same time".

The problem is, when I'm hungry, I'm crabby.
It used to be really, really bad when I was younger.
And my parents started noticing the signs that I needed food.
They would encourage me to eat, but usually by that time it was too late.
Since then I've gotten a lot better about realizing when I need to eat.
But...sometimes I still don't eat in time.

And then I have to control the hunger monster that wants to come out and attack everybody.

Even though Jesse is a great cook, when we got married, I think he was excited for me to cook dinners (and I was too since I like to cook).

Then we found out I was pregnant and then morning (oops, I mean all day) sickness set in.
And then I didn't feel like cooking, let alone eating, even though I was really hungry almost all the time.

Jesse has been so patient and so willing to cook dinner on those days when I just don't feel like doing it and just want to go take a nap.

So yesterday after we got home from church
Jesse made chicken noodle soup (a recipe he's perfected)
and I made grilled cheese sandwiches to go with it.

Then we took a nap.
When we woke up we went for a drive to look for a farm to buy.

Since I had been feeling like a bad wife,
when we got back from the drive, I made tapioca pudding from scratch (because we both like it)
and then I made Jesse two more grilled cheese sandwiches
in the new cast iron skillet I received for Christmas.
He really liked them.

I'm 14 weeks pregnant this week and I thought morning sickness was gone
but then Thursday I got sick twice and ended up staying home from work on Friday.
I'm hoping this week it gets better and disappears for good.
Because mostly? I'm just sick and tired of throwing up.
Keep your fingers crossed for me.

Once the nausea disappears, I just have to come up with and make some good dinner recipes!

Do you you feel sorry for regular oranges now that Cuties clementines are so popular?? I do!
It seems that nobody wants to eat an orange you actually have to take time to peel.
I mean, I can't really talk too much since I eat Cuties much more often than oranges and they're so much easier than peeling/eating an orange, but I try to eat oranges every now and then so they don't feel quite so bad about themselves anymore. I don't want them to feel completely sad and rejected.

Some foods that I can no longer eat because morning sickness makes my stomach reject them:
-Hamburgers
-Tacos with ground meat (oh, the smell!)
-Anything with ground meat and onions together (I can eat onions separately but not with the meat)
-Chicken nuggets
-French fries
-Sprite
-BBQ sauce
-Ribs
-Certain kinds of soup
-Rice krispies cereal

Foods my stomach is still okay with:
-Quesadillas made in our George Foreman grill
-Saltines
-Bananas! (almost the one food that I basically lived on for a week)
-Tapioca pudding
-Pita bread
-Most fruit
-Milk
-Grilled cheese
-Toast (sometimes with butter and jam)
-Mint chocolate chip ice cream
-Ice chips (not really a food, but regular water doesn't stay down too well)
-Frost Glacier Freeze (and Glacier Freeze) Gatorade

P.P.S. Jesse talks to our baby every day.
Sometimes he will say things like,
"Kick mom in the bladder so she has to get up during the night to go to the bathroom."
And I usually laugh and give him a frowny face.
But usually, when we're both home from work, he'll wrap his arms around my belly,
get down on his knees and say,
"Hi baby, I've missed you. Did you have a good day? I hope you didn't make mama too sick today. I love you."
It usually makes me cry.

I really, truly love my husband. To the moon and back. He is going to be a great dad.
Posted by Natasha and Jesse at 12:47 PM 6 comments: Links to this post

I hope you all had a wonderful Christmas and New Year! We went up to Columbus for Christmas and celebrated with family, so it was great!

I haven't written on my blog lately for two reasons.
1. I've had intermittent internet access as of late.
and
2. Jesse and I have been (mostly) keeping a secret for the past few months...a secret that's very hard to keep.

It's the nicest secret ever and now I'm allowed to tell you....


A baby Dahl will be joining our family soon and we're super excited!!

When are you due? July 4th- a firecracker baby. I know most babies aren't born on their due date, but wouldn't it be fun?!

Have you been sick? Morning sickness has been a pretty constant companion this last little while. I'm almost never without Gatorate, saltine crackers, a bottle of Zofran, and ginger ale within reaching distance. Though I hate throwing up, I am super grateful to know that I'm pregnant. When I was about 5 weeks along, I remember telling Jesse that I was worried something was wrong with the baby because I hadn't had any morning sickness. He said to wait because it would come...just about when week 6 started so did the nausea. The nausea is starting to lessen, though I still have my moments/days. It's a good kind of miserable though.

We've already heard the heartbeat and seen the baby's profile on the ultrasound! So cute!

I'm so glad we could finally share this secret with you!
Posted by Natasha and Jesse at 12:40 PM 11 comments: Links to this post