1. I was looking at my blog postings and realized that I wrote just three posts in January. That's sad. Really, really sad.

2. Valentine's day is a week away. I have a slight idea of what I'm doing for Jesse (and other family members) but I have to solidify it for sure.

3. I made two loaves of homemade bread on Saturday night with our Kitchen-aid. By Sunday afternoon they were both gone except for a little end piece. Jesse loves bread (homemade especially) and I must admit, it was pretty good.
I forgot to take a picture but I will definitely be using that recipe again.

5. We went grocery shopping last night since we had basically no food in our apartment. The store was pretty empty since we went about 9:30pm. As we passed the cereal aisle Jesse commented that when wheat has been bad, its punishment is that it's made into Cream of Wheat. That comment made me laugh.
Jesse doesn't like Cream of Wheat, but I do- especially with brown sugar. It's comfort food. 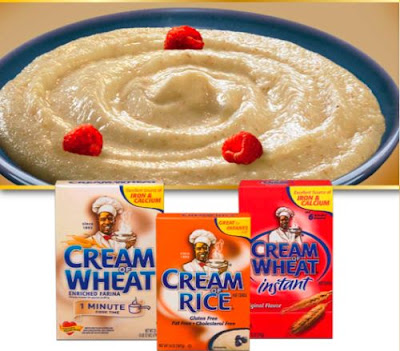 6. I haven't been able to find any maternity clothes yet. The Old Navy here doesn't have a maternity section. I have maybe one or two other stores to look at and if I don't find anything I'm not sure what I'll do.

7. I finished Harry Potter and the Prisoner of Azkaban over the weekend. Yes, I'm just now reading the series for the first time. I have this theory about waiting until the hype dies down to read a book. This way I don't have to wait 15 years for the book to come at the library.

8. Jesse read two books this weekend. He is a very fast reader and once he starts a book he wants to finish it in one sitting. He'll usually start a book Friday night and then stay up until the wee hours on Saturday to finish. He read books 6 and 7 in The Last Apprentice series.

9. Most of my friends who are pregnant are having girls. I'm now excited to find out whether our baby will be a boy or a girl...

10. I checked out a book from the library called The Womanly Art of Breastfeeding. When my sister saw the title she laughed. When Jesse read various chapters of the book he said that I shouldn't check out anymore pregnancy/breastfeeding books from the library since he now knows more about female bodies (i.e. my body) than he ever really wanted to know!

Have a good Tuesday!

P.S. The package that I talked about in this post still hasn't arrived. Except in my imagination.
Posted by Natasha and Jesse at 1:07 PM

ps: not sure if i told you this or not...but no one has maternity sections actually in their stores. lol only online. that's where i got all my maternity clothes from old navy. online. or borrowed from friends. so...yeah. good luck with that!

Do you have a motherhood in your area? Kind of expensive but I found some good deals in clearance. Also you may have done this but you can sign up at babycenter.com and they send weekly updates and advise on the baby. What do you think your little Dahl will be?

Thanks, Susette! Didn't stores used to have maternity sections? Hopefully I can find something :)

Carrie- I'll look at Motherhood and see what I can find. And I love Babycenter! They have such good information on that site. Hope you're doing well :)