Since I don't have a digital camera here in KY you won't be getting any pictures, but I think you'll get the idea anyway.

Over the weekend I went home for my mom's birthday and had trouble deciding whether to drive back to Lexington on Monday or Tuesday. I checked my email and had received one from my roommate saying that Lexington was supposed to get a big snow/ice storm starting on Monday night and going into Tuesday. I still wasn't sure what to do so I hemmed and hawed and finally decided to drive back on Monday. Well, sure enough we did get a big snow storm. It was big enough that school was cancelled Monday through Friday! I'm currently working as a substitute teacher, so I haven't been at work at all this week. I could have stayed in Columbus, if only I had known.

I decided to stray out today and try to scrape off my car. It didn't work out so well. On Monday I had thought about bringing my ice scraper into the apartment, but decided to leave it in the car. That was not such a good decision on my part. I wasn't able to get my car unlocked (or get the ice scraper out) because there was an inch worth of ice surrounding the car. Poor Elzbeth. Hopefully tomorrow I can borrow one of my roommate's scrapers and get the ice off. Plus, the driver's side door handle is broken. I have to open the door on the passenger's side, climb over and unlock the driver's side, open the driver's side door, crawl back out, shut the passenger door and walk around to get in on the driver's side. Such is the joy of having an older car! I have a friend who said he could repair it this week, but with all the ice, I don't really know if that's going to happen. I guess if I don't get the ice off, at least on Sunday we are supposed to have a high of 40 degrees, and it will melt off. A wonderful heat wave!

Another reason to be grateful is our still working electricity. 607,000 homes and businesses here in KY are without power. Ours has stayed on the whole time. The news said it could be at least another week until it's all working again. There was even another bright side to all this: on Wednesday we ate snow cream for dessert, and it was so tasty. I sure do love winter! Jeanette, you really should invent those heated sidewalks!
Posted by Natasha and Jesse at 11:34 PM 5 comments:

Some day when I have more money I would like to (even though I probably won't) buy this bookshelf. Isn't it wonderful? 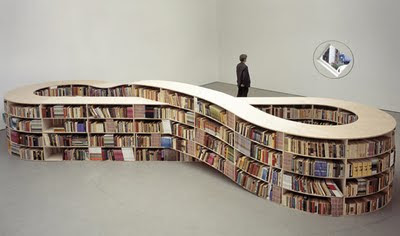 According to Woman's Day these are awesome bookshelves too. I especially like “Albero della Cuccagna” (Tree of Knowledge) and "Book-Lined Staircase." Too fun! And so I dream...
Posted by Natasha and Jesse at 6:44 PM No comments:

5 Best things that happened in 2008 (in no particular order)

Hopefully 2009 will be a better year.

Posted by Natasha and Jesse at 4:36 PM 3 comments:

The following was an ad that we saw recently. For some reason we had a really good laugh over this. Poor hamster, hermit crab, parakeet, or tropical fish to be given away free. Petland must really be hurting for business. Thank goodness it's only one per family! 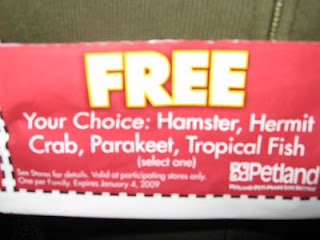 Christmas this year was different than in past years. My dad had to work the night before (from Christmas eve to Christmas morning), so we didn't open presents until about 4 pm. I came home the Saturday before Christmas and my sister came home on Dec 13th. Even though we had about 6 days, it felt like we didn't have enough time to get everything done. My mom waited until my sister and I were both home to put up decorations and make cookies, which I am really grateful for, but it was strange to have so little time in which to do everything. But, it was good to be together as a family, even though things have changed. Here are a few pictures from our Christmas this year. 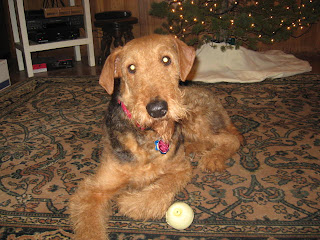 Dressed up in reindeer antlers. 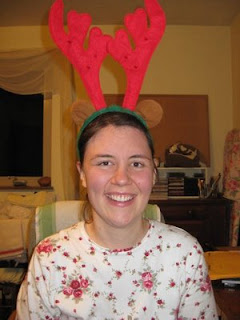 We made Christmas cookies to give away. We made at least three kinds, but sadly these are the only pictures I took of them. 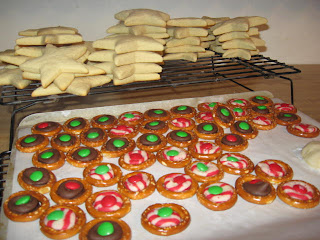 We have a really good recipe for sugar cookies. They have just the right amount of sweetness without being too sweet. They're really good! My sister has a good glaze recipe that we used on top. And of course, we didn't forget the sprinkles. 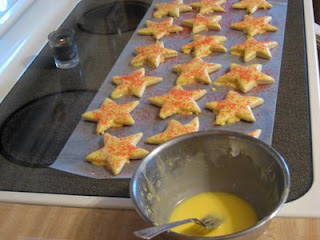 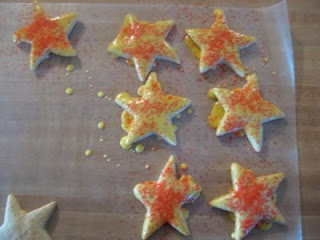 This is the tree on Christmas morning. I love it with the lights, I think it's so beautiful. 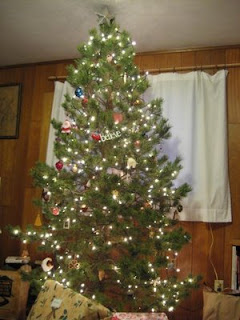 Save the best for last...my beautiful sister just after opening her presents! (A little blurry, but still fun). 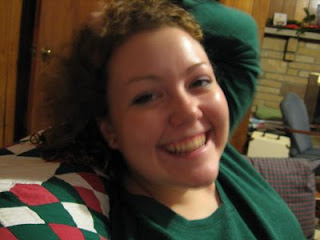 Posted by Natasha and Jesse at 10:46 PM No comments: