(This is a post I had in drafts that I need to publish- even though it's old). 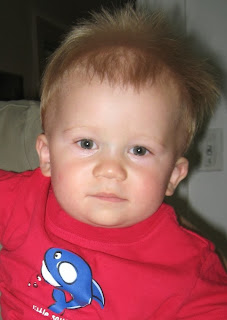 My baby has such fuzzy hair.  After he got his first hair cut on his 14 month birthday (In August) his hair became very hard to control.  When he gets a bath at night then sleeps on his wet hair (even after I've combed it) he still wakes up with a head full of fluffy hair.  I think it's adorable. 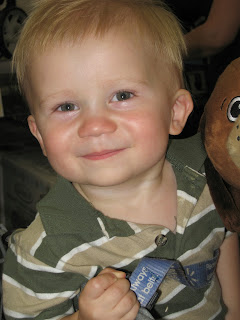 I love my sweet boy! He is just so cute and happy in this photo. I'm sure I'm biased, but I definitely think he's adorable!
******


Mali and the penny horse

When my parents came to celebrate my birthday in early September we went to Meijer to look for a carseat for Mali.  They have a mechanical horse there where you put in a penny and he starts "galloping" like a horse.  We decided to have Mali ride him.  He tried testing it by holding onto the reins a little bit then grabbed onto my sister!  Overall I don't think he was very impressed with the horse! 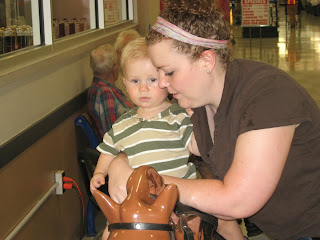 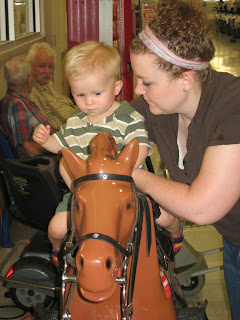 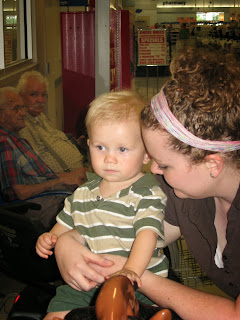 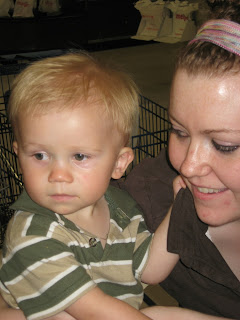 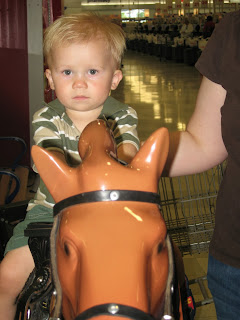 You're not the only one who thinks Mali is adorable! I wish I'd been able to get a photo of him hanging onto his aunt for dear life when he was on Sandy. One of these days he'll love (and maybe demand) to ride the horse. Fun days.